TIN DRUM TRILOGY (2002–2005)
Tin Drum Trilogy consists of three single-channel videos that examine America’s War on Terror. Stereotypical distinctions between “we” and “they” become increasingly blurred. The trilogy shows virtual and real pictures of Afghanistan, Iraq, and the United States, satirically delineating the political situation and the mood of the times. The title Tin Drum Trilogy alludes to the novel The Tin Drum by Günter Grass. 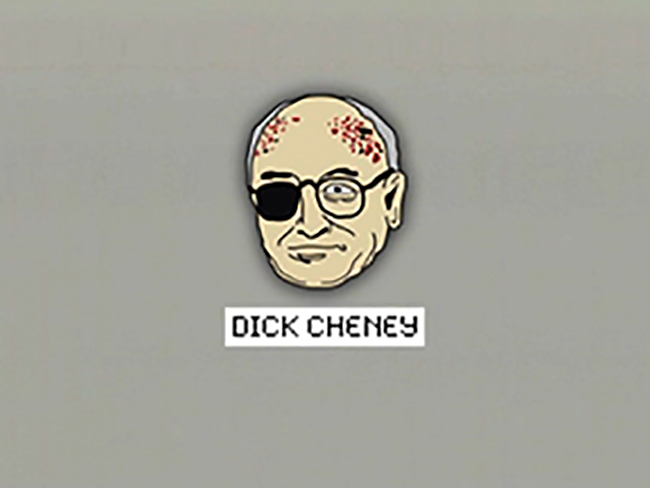 RE: The_Operation portrays various members of the Bush government. The video is based on a set of comics-like drawings that picture the politicians as wounded soldiers in Afghanistan, engaged in the War on Terror. News of the front is sent home in imaginary letters. Written by Chan, the letters include passages taken from other texts and give us curious, unexpected insights into the politicians’ inner lives.

Baghdad in No Particular Order (2003) 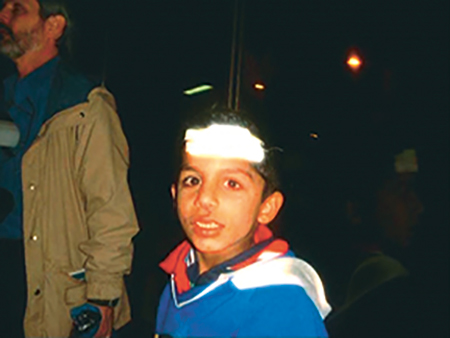 With a simple, handheld camera, Paul Chan documents slices of life in Baghdad before the 3rd Gulf War invasion in 2003 by the United States. In the tradition of cinéma vérité, Baghdad in No Particular Order shows scenes of everyday life under the Sword of Damocles of the war. The seemingly arbitrary sequence of fragments creates a vivid portrait of the city and its inhabitants. 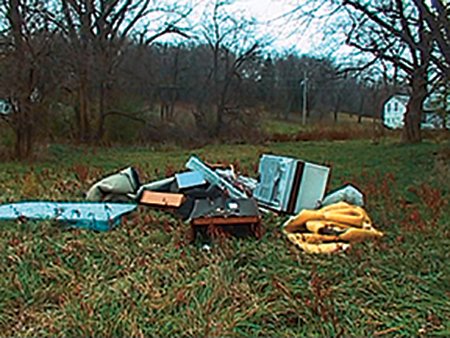 After the exceptionally narrow reelection of George W. Bush in 2004, Paul Chan traveled back to his native Omaha in Nebraska, a Red State in the Midwest, to see if he could find out why Bush was reelected. In interviews, he speaks with local residents about their political and religious views.